The US Air Force has stated that it will send an excess of two dozen F-22 stealth fighters to an exercise in the western Pacific this in July. This is an unusually large number of powerful fighter jets to be deployed according to military pundits which serves as a strong warning to China.

The F-22s are the world’s most advanced fighter jets, with stealth technologies and connecting on-board sensor systems. These jets have off-board information systems to give their pilots an in-depth view of the battle space.

The fighter jets will be deployed from Hawai Air National Guard and Elmendorf-Richardson in Alaska. They will be heading to Tinian and Guam under Operation Pacific Iron 2021.

At this time the relations are tense over Taiwan sovereignty as well as the South China Sea claims. Therefore, deploying a large number of the world’s most powerful jets may cause panic in China a country with 20 to 24 operational fifth-generation fighters. This is a no match for US Airforce’s 180 F-22s in its fleet. 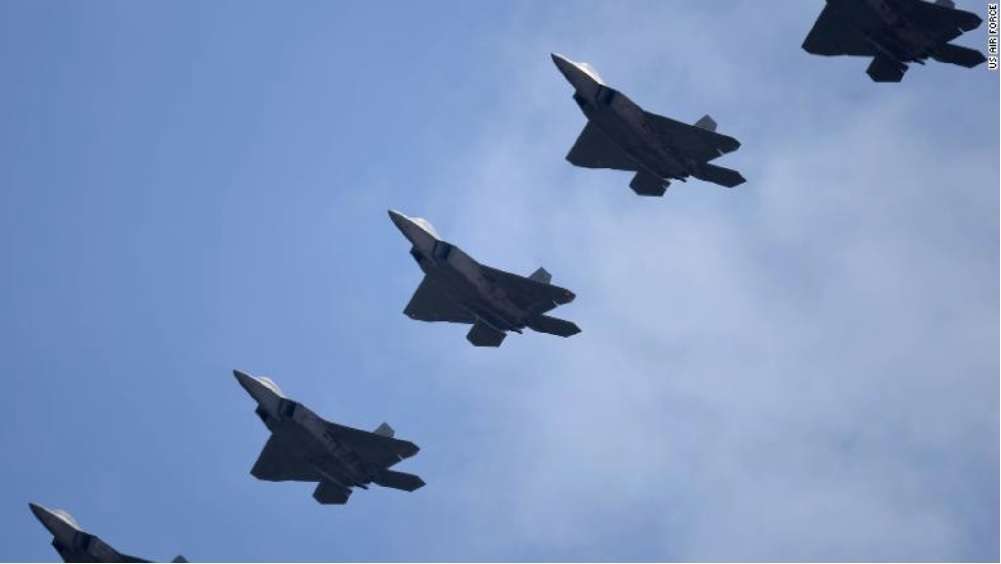 F-22s are able to evade radar detection and they are preferred to be among the first weapons of choice in a conflict. They can easily and quickly destroy the enemy’s air defenses among others functions.

Pacific Air Forces released a statement stating that the F-22s fighter jets will be joined by 2 C-130 J Hercules transport planes from Yokota Air Base in Japan and 10 F-15 Strike Eagle fighters from Mountain Home Air Force Base in Idaho for a combat dispersal operation.