Women Television reporters and presenters on TV Channels in Afghanistan have been ordered to cover their faces while on air presenting news.

Afghan female reporters started adhering to the new orders on Sunday May 22.

Previously, women working in the TV industry had disobeyed the order, but their employers were put under pressure to implement the new order.

The women who aired various programs were seen wearing veils and other face coverings across popular TV Channels such as 1Tv, SAriana TV, TOLOnews and Shamshad TV.

Taliban has been imposing more and more restrictions since they came into power last year.

“It’s OK that we are Muslims, we are wearing hijab, we hide our hair, but it’s very difficult for a presenter to cover their face for two or three hours consecutively and talk like that,” presenter Farida Sial told BBC.

“They want to erase women from social and political life,” she said.

Taliban’s Ministry for the Prevention of Vice and the Promotion of Virtue ordered that all women must wear a face veil in public, or risk punishment. 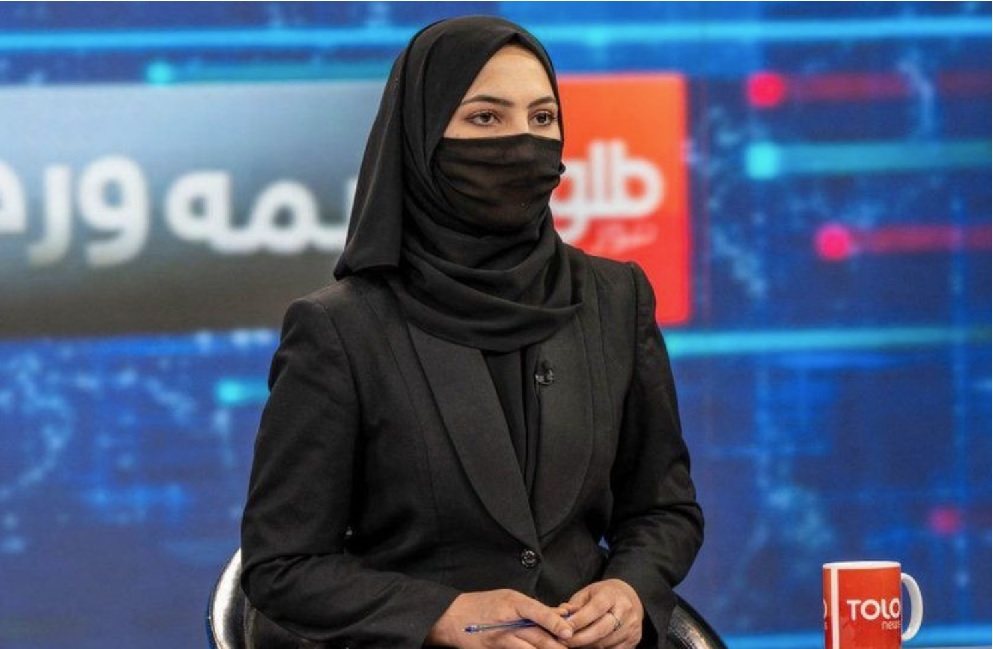