A lady, Benita Okwuibe, and her relatives were shot at her husband’s funeral after being blamed for the death of her husband.

Onyedika Jeremiah, 33, died last year after struggling with a disease which was alleged to be “elephantiasis”.

Benita and Jeremiah had been married for a period of less than one year before the death happened.

During the funeral of Onyedika Jeremiah on Thursday, January, 13, in Anambra state, Benita Okwuibe and her mother who are from Enugu State were shot. Her co-wife was also shot at the burial venue.

These allegations were made by her friend on Facebook stating that Benita’s mother and co-wife died as a result of the gun wounds while Benita survived and is in critical condition in the hospital.

According to the Facebook post, Benita and her relatives were shot because her husband’s people accused her for being responsible for his death. Previously Benita posted on Facebook showing that she was mourning her husband’s death last December.

She shared photos of his feet which were swollen and scabbed before he died as she mourned him. 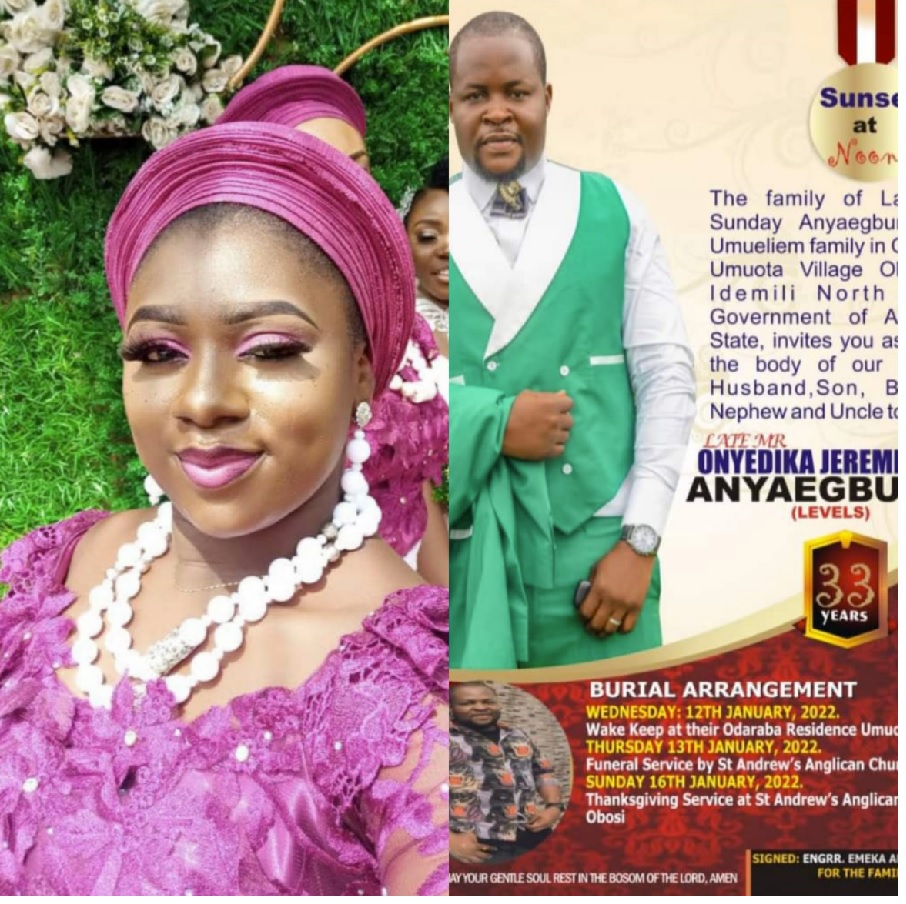 In a turn of events, his family blamed her for causing his death and tried to kill her and her family.

See the message below: