Elon Musk thinks that the Russian government is out to kill him.

Now he is exposing that threat on his life.

Elon just tweeted: “If I die under mysterious circumstances, it’s been nice knowin ya.”

The tweet was prompted by the Chief of Russia’s space agency who sent a statement to the media.  The chief was accusing Elon Musk of assisting Ukraine.

Rogozin accused Musk of being “involved in supplying the fascist forces in Ukraine with military communication equipment.” 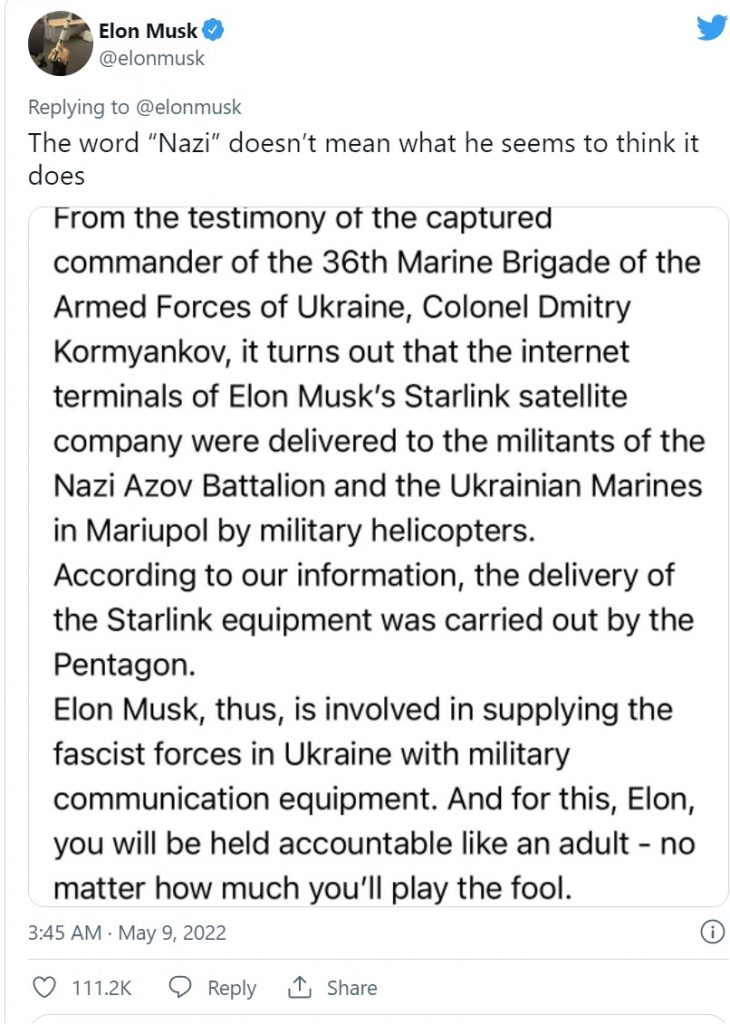 Elon Musk tweeted just six minutes after the space agency chief released his statement hence the relationship between the two.

Starlink terminals, manufactured by Space X, are now being used by the Ukranian army to access the internet as well as for communication purposes while Russia tries to disable internet services in the country.

Internet and communication are crucial in fighting the war in Ukraine.

Rogozin said in part that:  “… “From the testimony of the captured commander of the 35th Marine Brigade of the Armed Forces of Ukraine, Colonel Dmitry Kormyankov, it turns out that the internet terminals of Elon Musk’s Starlink satellite company were delivered to the militants of the Nazi Azov Battalion and the Ukrainian Marines in Mariupol by military helicopters.”

Elon Musk’s mum, Maye, responded to that tweet by saying that, “That’s not funny.”

It is not easy being Elon Musk.