Farming can be quite unpredictable and unreliable sometimes. Earlier this year, we harvested 10 bags of beans from two acres of land. These were the happier times considering that it was our entry into farming.

After harvesting, we tilled the land and left it to “ferment” before planting crops again. After a week and half a neighbor called and told me that the beans I had planted were doing very well. I had not planted any. Just those which had fallen on the ground were growing aimlessly. Others thought we had used broadcast method.

I consulted those who have a lot of experience farming. They told me, since I was planting beans on the land, there is no need to plant new seeds.

I left the seedlings to continue growing. Upon reaching two leaves and bud, we spread the “booster” and drug for cold weather.

After one and half months, we did weeding and at the end of     3.5 months there were plenty of weeds again. We hired the services of local labor. Mistake. They overcharged us.  We were to pay half the cost of weeding for them to uproot the weeds.

The beans were rained on as a result.  I was worried how they would turn out but thank God it was well at the end. 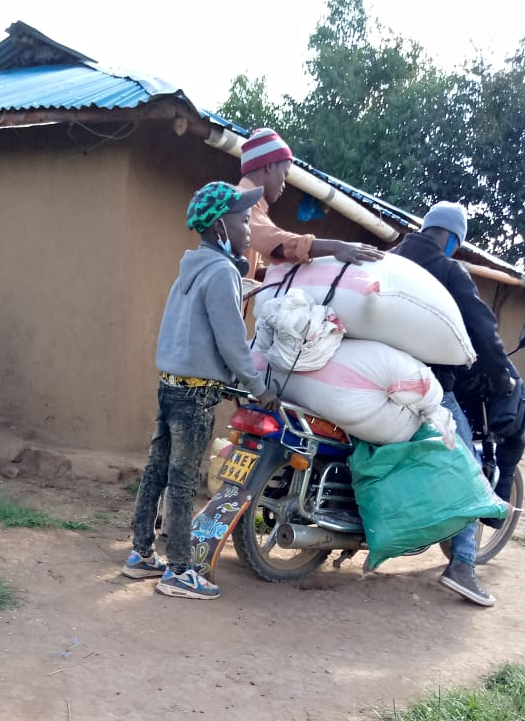 On day two work moved according to plan. The beans were harvested and extracted from their pods in time and no overtime costs were incurred.

In the agricultural food chain, the brokers are both a blessing and a curse for farmers. First, they bring the money which is need by any former who has had his harvest. However, they also exploit farmers by paying them lower prices which leaves many farmers poor and suffering. Beating the brokers in their own game is the way to go.