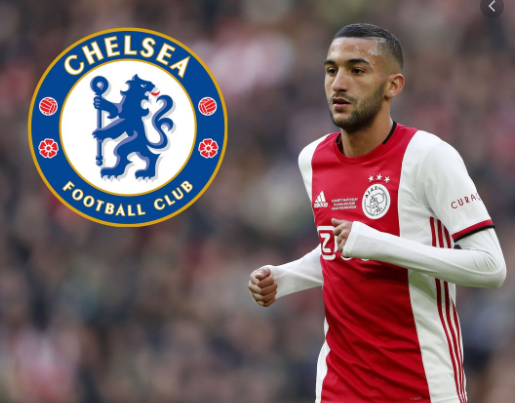 Ziyech has been a target for Europe’s top clubs having become a key player for the Ajax side that progressed to the semi-finals of the UEFA Champions League last season.

The Blues have agreed a fee with the Dutch giants ahead of the summer transfer window, with the winger set to join at the end of the current campaign.

The 26-year old Morocco International has scored 79 goals and assisted 87 times in 212 games for Ajax.

With Willian and Pedro both out of contract at Chelsea, Ziyech will fill an immediate need for Chelsea, who have only inexperienced duo of Christian Pulisic and Callum Hudson-Odoi as recognized wingers at the club