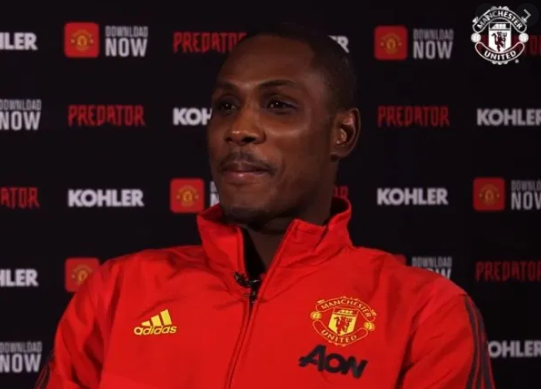 Odion Ighalo is ‘desperate’ to make his Manchester United debut and will be included in the squad to face Chelsea on February 17th.

Manchester United boss Ole Gunnar Solskjaer has confirmed that the former Watford FC forward will be part of the squad to face The Blues at the Stamford Bridge on Monday.

Ighalo was brought in on loan from Shanghai Shenhua to replace injured Marcus Rashford.

‘’He is going to travel with us to Chelsea. We will see his fitness work this week and I think we will get him sharp. We want to integrate him as quickly as we can because, of course, he is desperate to play for us.’’ Solskjaer told the club’s website on Tuesday.

Ighalo did not travel with the Manchester United squad to Spain, with the Coronavirus thought to be a factor after the striker arrived from China.

Solskjaer also praised new signing Bruno Fernandes who made his debut in the 0-0 draw against Wolves at the start of February.

‘’He’s a very, very good footballer and his brain is obviously quicker than many others. He has got loads of attributes that we are going to get used to. We will get used to him and he will get used to us. His passing range, his deliveries, his movements-I am just pleased to see him enjoying himself. Said the Norwegian.