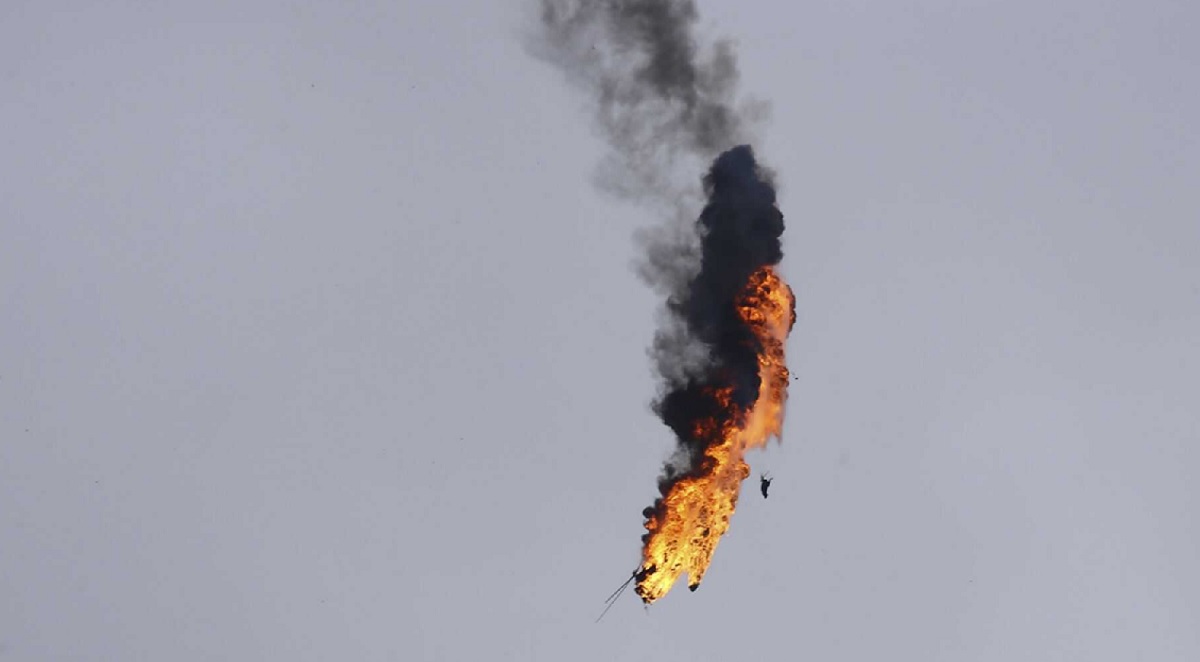 Syrian rebels supported by Turkey have shot down a government helicopter killing two crew who were on board.

This happened in Nairab which is located to the South of Idlib City. Syrian government responded with airstrike which killed civilians half of them being children.

Read More:  Naguib Sawiris is determined to buy a Greek Island for refugees

Syrians rebels shoot down government helicopter in Nairab. South of Idlib City. Syrian government responded with airstrikes keep killings civilians half of whom are children.