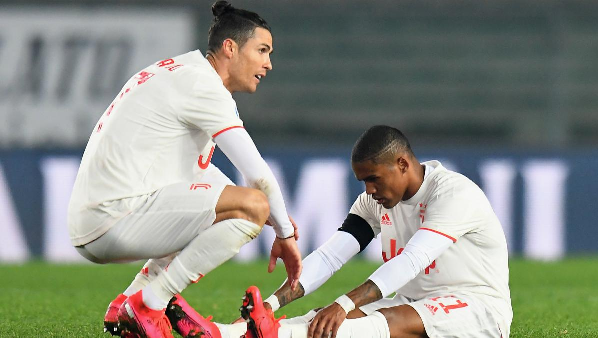 Douglas Costa is set to miss the first leg of Juventus’ UEFA Champions League last-16 against French side Lyon due to injury.

The winger sustained hamstring damage in Juventus 2-1 defeat at Verona on Saturday.

After tests by the club’s medical staff, Costa is expected to be sidelined for between 15 to 20 days meaning the 29-year old will not feature against Lyon on February 26th. He is also a doubt for the serie A clash against Inter on 1st March.

The attacker will also miss Juve’s Coppa Italia semi-final against Milan on Thursday, as well as League games at home to Brescia and away to SPAL.