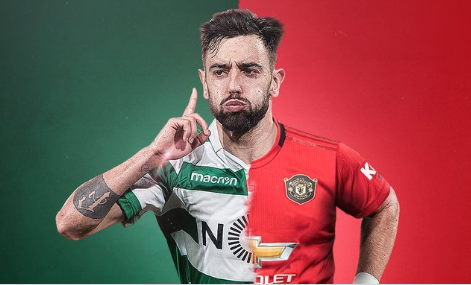 Manchester United and Sporting Lisbon have been in negotiations throughout the transfer window and United were adamant to meet Sporting Lisbon’s 80M Euros valuation of the player.

However, United made a breakthrough in negotiations on Tuesday. An initial fee of about 55M Euros plus add-ons that could rise to an overall cost of 80M Euros.

United's waiting game pays off, with Bruno Fernandes finally set to sign for a fee that could go up to €80m #mufc https://t.co/6Qy4JEBjIS

Should the deal be completed, it will be the biggest of the January transfer period in the English Premier League.

Fernandes has made 19 appearances for Portugal and was part of the squad that won the UEFA Nations League.

Fernandes is expected to fly to Manchester in the next 48 hours for his medical.

Manchester United have been watching Fernandes closely since 2015 but distanced themselves from him last summer to prioritise other areas.