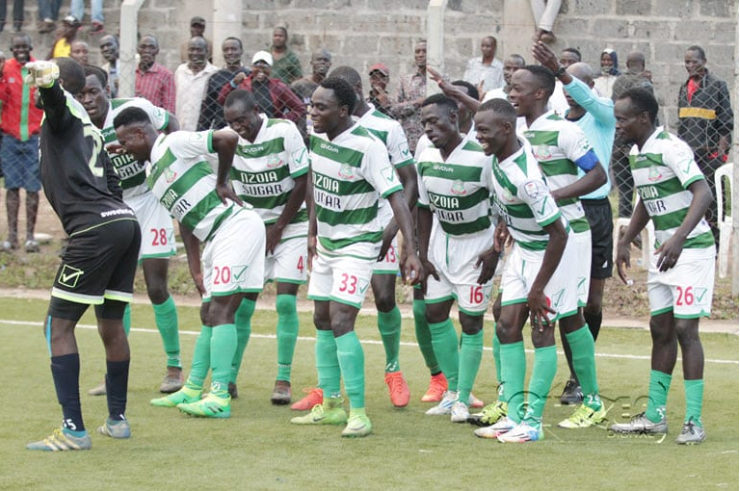 Nzoia Sugar FC tactician Collins Omondi has denied claims that his team has been fixing matches following their poor run of results in the Kenya Premier League.

Nzoia Sugar FC has earned 11 points after 18 matches and are placed at position 15 in the Kenya Premier League table.

Omondi Said: ‘’We can’t fix matches. I have lost many good players to other teams and we don’t have money to sign quality replacements. You don’t expect a good performance from a polarized team but we hope the situation will improve for us to get back to winning ways.’’

Nzoia Sugar FC becomes the third team to be associated with game fixing allegations after Zoo Kericho and Kakamaega Homeboyz.