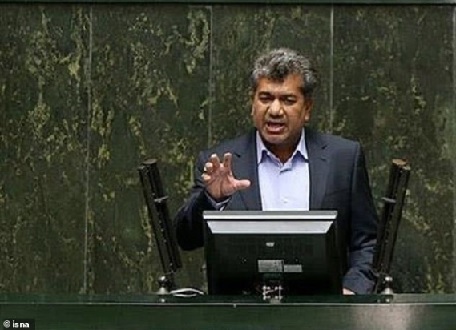 Iranian politician announces a $3 million reward for “whoever kills Trump”

An Iranian politician in a fiery speech has announced a $3 million reward for “whoever kills Donald Trump” as a revenge for ordering the killing of Iranian General Qassem Soleimani early via a US drone strike.

Ahmad Hamzeh, speaker of parliament from central Kerman province (Soleimani’s home province) made the announcement when he spoke to the lawmakers.

‘We will pay a three million dollar award in cash to whoever kills Trump.’

‘Will your embassies in the region be safe? If your embassies are plotting to kill our innocent people, are we allowed to destroy them?’  said Ahmad Hamzeh.

Finally, the speaker also announced that “‘Let us announce to the world that we have joined the Nuclear Power Club.”