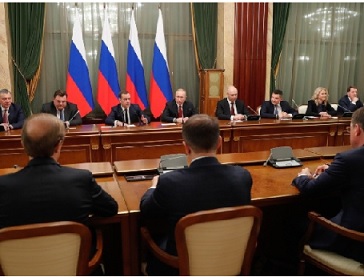 Dmitry Medvedev, Prime Minister of Russia as well as the entire cabinet have resigned following plans by President Vladimir Put to make changes to the Constitution with the intention of remaining in power indefinitely.

Putin communicated his planned changes during his speech to parliament. He also plans to increase powers of parliament but maintain a strong presidential system.

“I consider it necessary to conduct a vote by the country’s citizens on an entire package of proposed amendments to the country’s constitution,” said Putin.

After President Putin announced his plans to parliament, the Prime Minister Dmitry Medvedev and all cabinet ministers submitted their resignation letters to him.