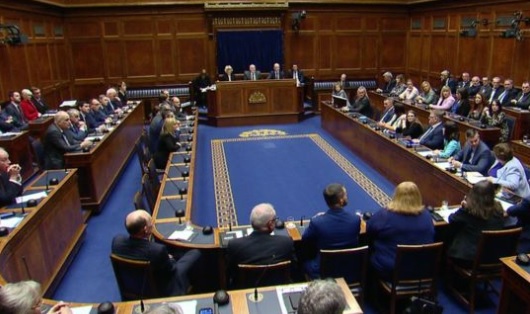 Northern Ireland Assembly sits for the first time in 3 years

The Northern Ireland Assembly (devolved unit of United Kingdom) sat for for the first time in the last three years.

This followed the signing of a British-Irish agreement towards restoring Stormont (refers to parliament buildings in Northern Ireland).

The assembly commenced at 1 PM and the speakers and deputies were elected.

Read the more about the deal below: