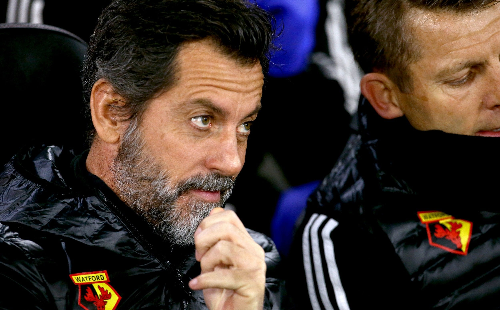 The club announced the decision on Sunday after losing 2-1 to Southampton FC in the Premier League at the St Mary’s Stadium.

Watford FC now remain at the bottom of the Premier League table with 8 points from 14 matches.

Watford FC issued a statement on their official website.

’’ Quique was a man of great integrity and it was clear how much he wanted to have a positive impact, but ultimately results have dictated our decision.’’ Said the Statement.

‘’The appointment of the new coach is imminent, and with nearly two thirds of the season remaining, we will provide the support necessary to make the coming months successful.’’ It added.

Quique Sanchez Flores has been sacked by Watford after just 85 days in charge.

Quique Sanchez Flores managed Watford FC in the 2015/2016 season and was brought back in September to replace Javi Garcia who was sacked after a poor start of the 2019/2020 season. Unfortunately, he was unable to rectify the bad results.

The former Atletico Madrid and Valencia boss managed 12 games in all competitions but only managed two wins, four draws and six losses.

Quique Sanchez Flores is the fourth manager to be sacked in the Premier League this season. Javi Garcia was dismissed by Watford, Mauricio Pochettinho was sacked by Tottenham Hotspurs and recently Unai Emery was shown the door by Arsenal.

Reports indicate that former Brighton and Hove Albion and Newcastle manager Chris Hughton is one of the frontrunners to replace the 54 year old.