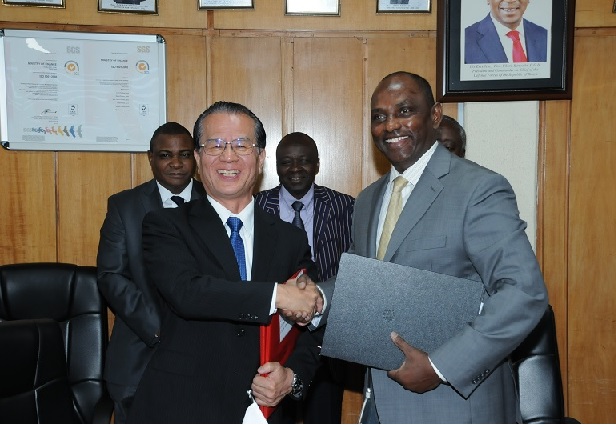 The Mombasa Gate Bridge project will be constructed using a loan of Ksh. 82.7 billion from the government of Japan.

The Cabinet Secretary for Treasury indicated that Kenya has been having bilateral relationship with Japanese government since 1964.

Kenya has received an accumulative amount of Ksh. 615.83 billion from the people of Japan over the years. This makes Japan one of the leading bilateral partners in the world of development.

A number of projects have been developed in Kenya courtesy of the loans and grants from Japan. Jomo Kenyatta University of Agriculture and Technology (JKUAT), construction of bridges in Sabaki, Nyali, Mtwapa and Kilifi; Embu Water Supply project and the Kenya Medical Research Institute.

The national treasury of Kenya has reported that there are numerous ongoing projects which are funded by support from Japan. These are: Expansion of Ngong Road in Nairobi; Olkaria IV Geothermal Power Station; Olkaria-Lessos-Kisumu Power Transmission Lines; expansion of Mwea Irrigation and Mombasa Port Project among others.

The Mombasa Gate Bridge Project will be constructed over the Likoni Channel where we recently lost the life of a mother and her daughter after their vehicle plunged into the ocean. The government predicts that that bridge will help improve trade as well as tourism in the area. The bridge will be a good alternative to Likoni Ferry and it will decongest Mombasa Island.

Kenyans will repay the loan to the people of Japan at an interest rate of 0.1% and this will take us 28 years to repay. We will first be given a grace period of 12 years before Japan starts getting paid.

The signing of exchange notes for the Mombasa Gate Bridge Project and Dungu Kundu special Economic Zone was done on 20 September, 2019 at the National Treasury building. The ceremony was graced by Cabinet Secretary Ukur Yatan, Ryoichi Horie (Ambassador of Japan to Kenya), Katsutoshi Komori who is the JICA Kenya Office chief Representative among other senior government officials.

Breast Cancer; Signs to watch out

More from BudgetMore posts in Budget »