An Iranian Instagram star has been arrested for ‘blasphemy.’

She is famous for her extreme appearances and cosmetic surgeries.

She is accused of promoting violence, encouraging youth to engage in corruption, blasphemy and illicit education.

In 2017, Sabar Tabar, became viral online when media houses reported that she had undergone 50 cosmetic surgeries and weighed just 40 kilograms. 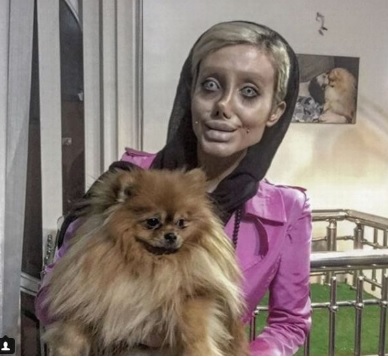