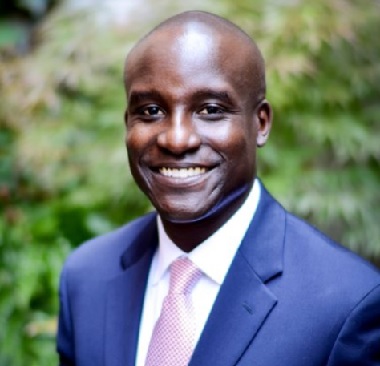 Kenyan Hodgen Mainda appointed by Gov. Bill Lee of Tennessee as Commissioner of Department of Commerce and Insurance

“Hodgen joins my cabinet after an outstanding career as a community leader in Chattanooga,”

Commissioner Mainda currently serves as the vice president for community development at the Electric Power Board in Chattanooga which is the first provider of Gigabit internet in the country. In his role with the EPB, Commissioner Mainda built partnerships across the state and federal level and increased EPB’s role in regional economic development.

Commissioner Mainda also serves as a board member on numerous boards of non-profit organizations such as Chattanooga Area Chamber of Commerce, United Way of Greater Chattanooga, the Downtown Chattanooga Rotary Club, member of Chattanooga Chancellor’s Roundtable at the the University of Tennessee as well as member of the College of Business Advisory Board. Commissioner Mainda is also a member of the Leadership Tennessee Class of 2019 and a 2018 graduate of the Harvard Business School Young American Leaders Program.

A native of Nairobi, Kenya, Commissioner Mainda, moved to Tennessee in 1997 to study at Middle Tennessee State University. He is a graduate of the University of Eastern Africa and currently resides in Chattanooga with his wife and two children.

Mainda will start working as a Commissioner at the Department of Commerce & Insurance starting from 1st October, 2019.

Big news! @GovBillLee announced today that @HodgenMainda will join the cabinet as the next commissioner of @TNCommerceInsur! Said Lee: “Hodgen joins my cabinet after an outstanding career as a community leader in Chattanooga." 1/2 pic.twitter.com/LBJsIfE3og