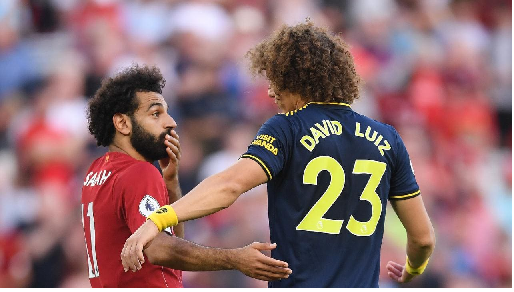 Liverpool opened the scoring through defender Joel Matip header in the 41st minute and headed into halftime 1-0 up. Mohammed Salah scored from the penalty spot after David Luiz dragged him back in the 49th minute before scoring his second in the 58th minute.

Substitute Lucas Torreira scored a consolation goal for the gunners in the 85th minute.

‘’It was a performance full of power, energy, greed and passion, which I think you need against a team like Arsenal.’’ Said Klopp after the match.

“We were doing some transitions very good and we had some chances but, in the second half, the penalty was very soft. After 2-0 our reaction was good. We needed to attack and take a different moment in the match. We are disappointed we lost 3-1 but watching some players we can be optimistic. We need to improve in possession and countering the pressure but Liverpool is the best team with this. We have to be realistic but we can fight closer to them.” Said Arsenal manager Unai Emery.

Mohammed Salah won the man of the match award after his double against the gunners.

Other Premier League match results are as follows: