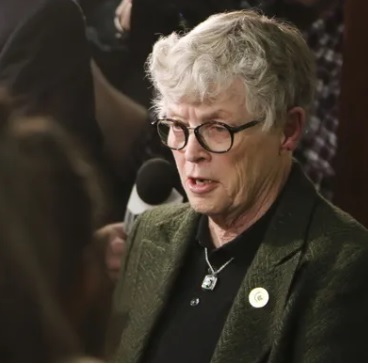 Lou Anna Simon was actually allowed to retire with payouts and benefits amounting to millions of dollars. That happened in the facing of criminal charges that she is facing. She is accused of having enabled Larry Nassar (doctor) to having sexually abused a minor.

Lou Anna Simon is planning to retire by 31st August, 2019 and as a result she is expected to receive a sum of $2.45 million as benefits and payout.

Anna Simon has worked for Michigan State University for 45 years. The amount of money stated above will be received in three annual installments.

Huffington post has reported that in addition to that, she will also be entitled to benefits as a tenured faculty member at MSU.

She will also retain her titles as professor emeritus as well as president emeritus.

Nassar abused Amanda Thomsahow on the MSU campus in 2014. Nassar was a sports medicine doctor at MSU as well as for USA Gymnastics. He was found guilty and sentenced to 40 -175 years in prison. The same day Nassar was sentenced, she stepped down from her position as MSU president.

Simon was also charged with two misdemeanor and two felony charges and if convicted, she will spend up to 4 years in prison.

Further, Nassar was also accused of sexually abusing hundreds of other young athletes when he worked for USA Gymnastics, Twistars and Michigan State University.