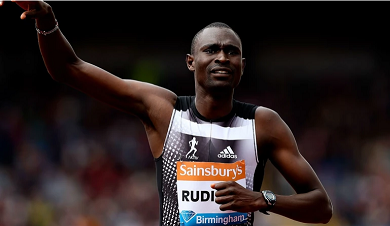 David Rudisha has been involved in a road accident

David Rudisha has been involved in a road accident

David Rudisha was involved in an accident early today at Kijauri-Keroka road in Nyamira County. Rudisha’s car collided with Ena Coach Bus which was heading to Nairobi from Kisii. He was heading to his home in Kilgoris.

Keroka OCPD Walter Opondo confirmed that the athlete’s car was badly damaged and that here were no deaths.

The two time 800M champion sustained minor injuries and was rushed to Gucha Hospital in Keroka town where he was treated for minor injuries then discharged.

He later recorded a statement at Keroka Police Station where his car was hauled to.

More from NewsMore posts in News »