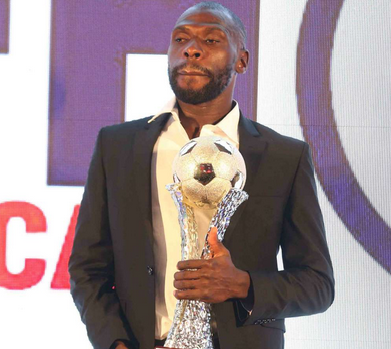 Joash Onyango becomes the first defender to win the award since it was established. He bagged Ksh 1 Million, LG55-inch smart TV and a trophy with his name. Other Gor Mahia players who previously won the award include George Blackberry Odhiambo and Meddie Kagere. The two players are no longer at Gor Mahia.

His good performances and reliability led to him earning a call up to the Harambee Stars squad. He helped the National Team to reach the African Cup of Nations finals in Egypt after a 15 year absence.

‘’First of all, I want to thank God for reaching this milestone. Secondly, I am grateful to the players for helping me achieve this. It has always been my dream to win this award. Lastly, my gratitude goes to Sebastian Migne for believing in me and giving me the chance.’’ Said Joash Onyango.

Other players who won awards include: