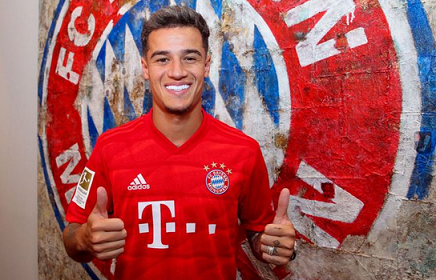 Philippe Coutinho underwent a medical on Sunday before signing for the German club and will wear jersey no 10 previously won by Dutch winger Arjen Robben.

‘’For me, this change represents a new challenge in a new country at one of the best clubs in Europe. I am really looking forward to this. I have big goals like Bayern, and I’m sure I can do it with my new teammates.’’ Said Philippe Coutinho.

Philippe Coutinho previously joined FC Barcelona from Liverpool on a £142M deal in January 2018. He went on to score 21 goals in 76 matches. He however fell short of what was expected of him at the Laliga club. Premier League clubs Tottenham Hotspurs and Arsenal were previously linked with moves for the attacking midfielder.