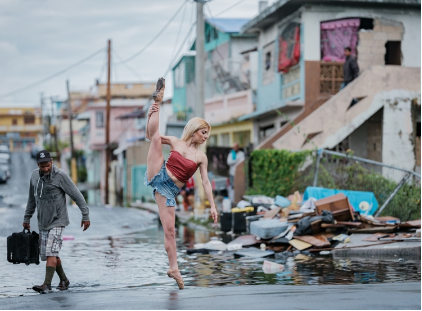 Google is collaborating with GivingDirectly to do good in terms of disaster relief efforts.

GiveDirectly gives money to the poor and it is interesting that there is no strings attached.

According to a report published on VOX, “GiveDirectly organizers go to villages, get residents signed up, and then transfer them about $1,500 cash each in installments.”

A couple of years ago, GiveDirectly entered the disaster relief arena and instead of giving essential goods, they give money to the disaster survivors.

Giving money directly to the survivors of disasters is a new model which is likely to be a great game changer considering that many charitable organizations have in the recent past been criticized for the little impact that their work has.

According to them, “enough to buy a new bed, refrigerator, or washing machine, or to start repairs on a home, or to cover lost income from time off work during the storm.”

Now GiveDirectly is collaborating with Google.org (the Philanthropic arm of Google Inc) to do the same thing but in mega scale.

In this arrangement the two organizations announced that Google has contributed $3 million to assist the victims of natural disasters in the United States of America.