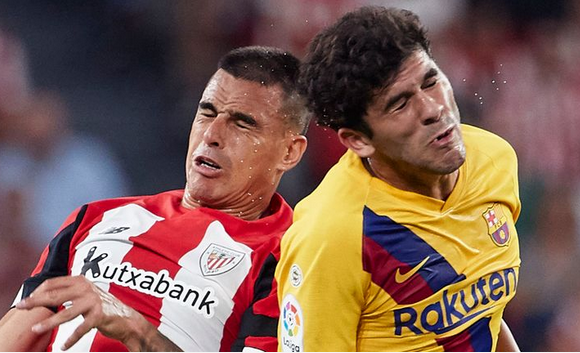 Artiz Aduriz late goal helped Athletic Club Bilbao to beat Barcelona Fc 1-0 in the opening match of the season on Friday night. Artiz Aduriz was introduced in the 88th minute as a substitute.

The 38 year old Spanish international scored a scissor kick in the 89th minute to secure victory for the hosts. It was Athletic Bilbao’s first win at home against Barcelona Fc since 2013.

Barcelona Fc striker Luis Suarez was injured in the game after he hit the woodwork. Lionel Messi did not play due to injury. Barcelona Fc looked nervous without Lionel Messi in their gameplan and struggled to create scoring chances. Luis Suarez injury faces unspecified time on the sidelines adding misery to the Catalan Club.

New signings Frenkie De Jong and Antoine Griezmann made their debut for the catalan club.

Over 47,000 fans attended the match at San Mames Stadium.