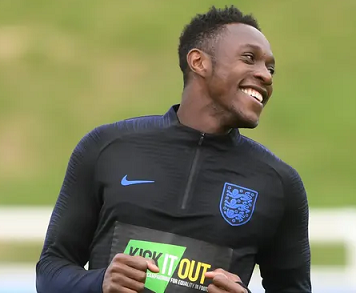 Danny Welbeck joins Watford ahead of the new season

Danny Welbeck joins Watford ahead of the new season

England striker Danny Welbeck has joined Watford from Arsenal. He has joined Arsenal FC on a free transfer before the transfer window shuts down.

Danny Welbeck was out of contract at the Emirates and was not offered a new contract by the club. He has spent most of the time on the sidelines due to a series of injuries and fitness issues. He has not played a single minute since November 2018 when he sustained an injury in the Europa league match vs Sporting Lisbon.

He managed a total of 126 appearances for the Gunners since he joined from Manchester United in 2014 on a £16M. He managed to score a total of 32 goals during that period.

Welbeck forms part of the massive exodus at the Emirates Stadium. He joins Laurent Koscielny and Carl Jenkinson in moving out before the transfer window shuts down today.

He becomes Watford’s third summer signing. The club have already signed Defender Craig Dawson and Midfielder Tom Dele-Bashiru. Danny Welbeck is expected to be useful especially in games where Watford expect to counter attack because of his pace.