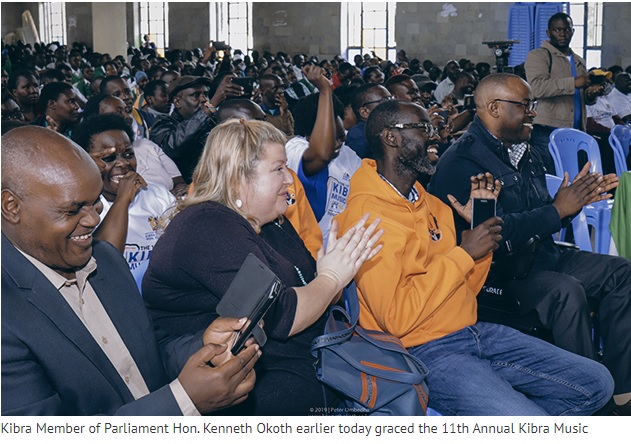 It is with a lot of sadness that we have learnt about the death of Kibra MP Ken Okoth at Nairobi Hospital.

NTV Kenya reported that Kibra MP Ken Okoth had asked his family to switch off the life-supporting machines which has been helping him since he returned from France where he was seeking cancer treatment.

We send our sincere condolences to family, friends and his constituents in Kibra.

“Hon Kenneth Okoth was raised in the Kibera slums of Nairobi in a family of six children and a single mother. He attended Olympic Primary School and Starehe Boys’ Centre. Ken was a scholarship student at St. Lawrence University in New York, where he graduated magna cum laude with a Bachelor of Arts degree in English Writing, German, and European Studies in 2001. In 2005, Ken earned his Masters of Arts Degree from the Georgetown University School of Foreign Service in Washington DC where he deepened his understanding of diplomacy and international relations. Devoted to issues of empowerment for children, youth, and women, Ken has been a teacher, coach, mentor, director, and professor at various institutions including the Potomac School, Georgetown University, the University of Dar es Salaam, and the Children of Kibera Foundation. Ken served as a trustee of his alma mater St Lawrence University from 2006 to 2010. Ken enjoys music and loves to travel and learn foreign languages in his free time. He has taken part in academic exchanges and study tours to Canada, China, India, Rwanda, Ethiopia, Puerto Rico, Germany, Austria, Denmark, Estonia and Russia. In March 2013 Ken was elected to represent the people of Kibra Constituency in the National Assembly of Kenya where he serves as a member of the Committee on Education Science Research and Technology. Ken is also a founding member of the Kenya Parliamentary Human Rights Association, a bi-partisan caucus of like-minded legislators committed to promoting a rights based society in Kenya through representation, legislation, and oversight,” Ken Okoth wrote on his personal website (http://kennethokoth.co.ke/).

Read more about the Late Kibra MP Ken Okoth and his great work for the people of Kibera here.

May the Lord Rest his soul in eternal peace.

More from NewsMore posts in News »