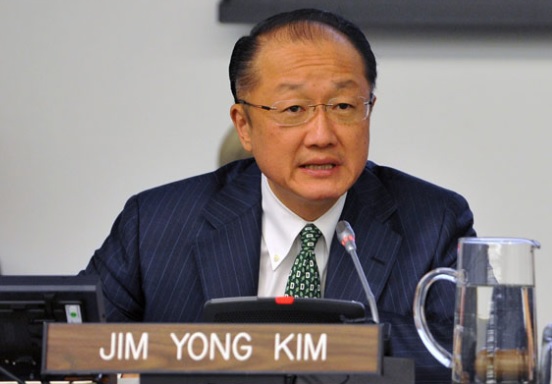 The World Bank President Jim Yong Kim has suddenly resigned which is nearly three years before the end of his term. He announced that he shall vacate office from next month.

The resignation of Jim Yong Kim opens a vacancy at the World Bank which United States is expected to fill. However, this also creates a challenge because the developing countries may challenge the existing practice where the United States of America makes the appointment.

Emerging markets are not happy with the US dominance over the multi-lateral institution. Therefore, this is a chance for those economies to challenge Donald Trump.


Jim Yong Kim has served as World Bank Group (WBG) President since 2012. If he had not resigned his term in office would have ended in 2021. This means that if he had stayed till the end, Donald Trump would not have had a chance to appoint WBG president during his first term.

A report released from the World Bank revealed that Jim Yong Kim will join an organization focusing on infrastructure development projects in developing economies and also return as a board member at a health organization he founded.

The World Bank was established at the end of World War II and all the presidents have been Americans considering that USA is the largest shareholder. Elsewhere, the leader of the International Monetary Bank (IMF) has always been from Europe.

Jim Yong Kim was born in Seoul, South Korea and was raised in Iowa, USA. Later he was trained as a doctor and anthropologist.

When Kim was being appointed by President Barack Obama, other candidates such as John Kerry and UN Susan Rice were also considered.