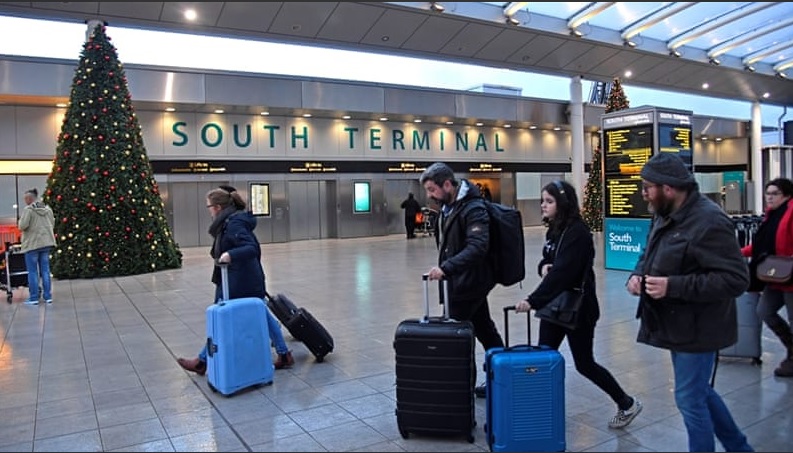 Gatwick Airport resumes its operations after 32 hours of drone interruptions

Gatwick Airport resumes its operations after 32 hours of drone interruptions

The Gatwick airport in United Kingdom has resumed its activities after drones sighted in its environs brought it to an abrupt halt.

This affected up to 110,000 passengers in a total of 760 flights who got stranded. All incoming and outbound flights were re-routed or cancelled by the airport.

Passengers who were supposed to land in Gatwick Airport ended up landing in Manchester, Heathrow and Luton.

Sussex Police led the hunt to apprehend the drone operator or operators. After a 24-hour search no one was found.

The BBC reported that the security operators were planning to shoot down the drone, an option that they had ruled out earlier due to the risk of stray bullets.

Stranded passengers were issued with food vouchers valued at $38 and an hotel room but this was withdrawn shortly afterwards.

The ripple effect of this drone mess is even bigger because apart from passengers sleeping on floors at Gatwick Airport there were other passengers all over the globe.

Stranded passengers from as far as Las Vegas and Hong Kong were tweeting asking whether the airport is clear for their landing.

So far no one has come forward to claim responsibility for the fracas at Gatwick Airport. There are allegations that this may have been done by environmental protesters.

It’s now clear that whoever was involved was very well prepared. That is why they have not been arrested and presented before a court of law.

Sussex Police spokesperson, Jason Tingley, told media outlets that the drone used according to CCTV footage is larger than those drones bought online. This means that the drone may have been built locally.

According to Dayton University Research Institute, drones can cause a lot damage to planes hence the need to regulate use of drones near airports.

A number of Twitter users even had time to make humour out of the entire situation.