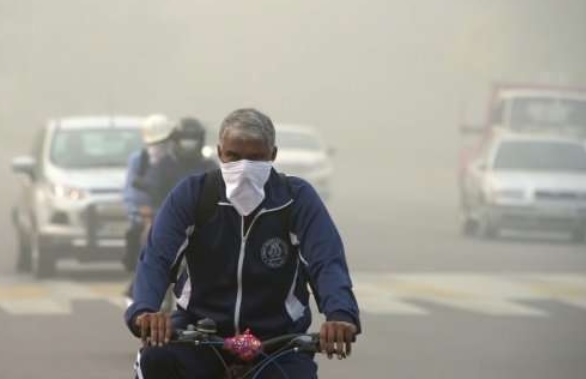 India is home to 9 of the world’s 10 most polluted cities. New Delhi is struggling with smog which is caused by high rates of pollution in the city.

A number of alternatives have been explored which include attempts to ban private cars in Delhi, close down coal plants or curb operations of heavy industries.

The farmers in prosperous Punjab remain with limited options when it comes to disposal of paddy especially when their farm labor return to their rural homes to celebrate Diwali.

Now there is even a bigger problem than paddy in Punjab because the crop depends on a lot of ground water. Bloomberg Opinion recently reported that there are many tube wells in Punjab than the number of farmers.

All these tube wells are used for extracting ground water for use in the paddy fields.This situation is quickly depleting the underground water aquifers.

This is why the government of India has set mandatory start dates for sowing paddy in order to save 2.4 trillion liters of water.

The only option is to wean Punjab farmers from rice but this has severe consequences on food security for the ever growing Indian population. Indian leaders want their country not to depend on rice imports.