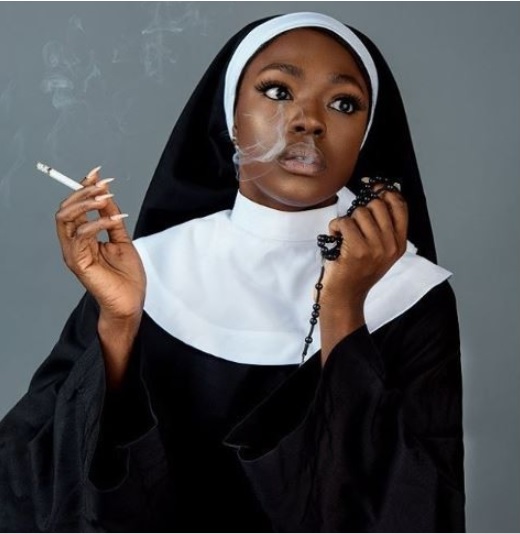 Controversial photos of Beverly Adam Osu, the former housemate at the Big Brother Africa, resurfaced online and put social media on fire. In the photos Beverly Adam Osu was wearing seductive nun clothes with a cigarette and rosary on her hands.

These photos of former Big Brother Africa housemate were first seen on 10th September, 2018. Social media users called her unprintable names including “Osu” which means an outcast while other concluded that “this is a disrespect for the Catholic faith.”