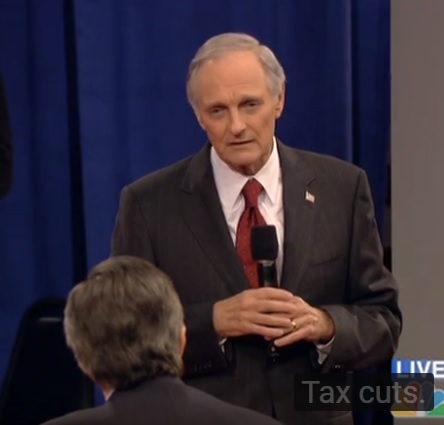 Here is  a very interesting debate on NBC News Live. This is a fictional character played by Alan Alda. But the content makes alot of sense to me and all those who want to see economic progress and development in out lifetime.

US Senator: Poor countries can never repay their loans.

Moderator: Senator, are you saying that you are opposed to debt relieve for impoverished countries?

US Senator: No. We should forgive the debts, but that is not going to help those countries very much.

Moderator: Ok. What will?

US Senator: Tax cuts. Some African tax rates are some of the highest in the world. In Tanzania, the 30% tax rate kicks in at USD$475 of income plus they have 20% of Value Added Tax which is added to everything that you buy. Those high tax rates makes it impossible to build capital in those countries. Nothing gets built. Not factories, not roads, not anything. Poor African countries have the lowest wage workers in the world and yet a company like Nike for example can’t put a factory in those countries because of the oppressive tax rates. Taxes have killed any possibility of economic development. They killed any hope of these countries ever helping themselves. That leaves them at the mercy of charity and loans. You know why those countries have high tax rates? Because of us. To show us that they have enough money to repay their loans. But taxes cannot raise any money if they kill the economies, so it turns out that the tragic and unintended consequences of our good intentions towards Africa, our kindness.

If we encourage those countries to lock themselves into a gruesome economic depression.

If we do not urge those countries to cut their tax rates, they will never grow their economies. People will live lifetimes of unemployment.

Disease will be rampant, poverty will be permanent and children will be hungry and our charity will never be enough.