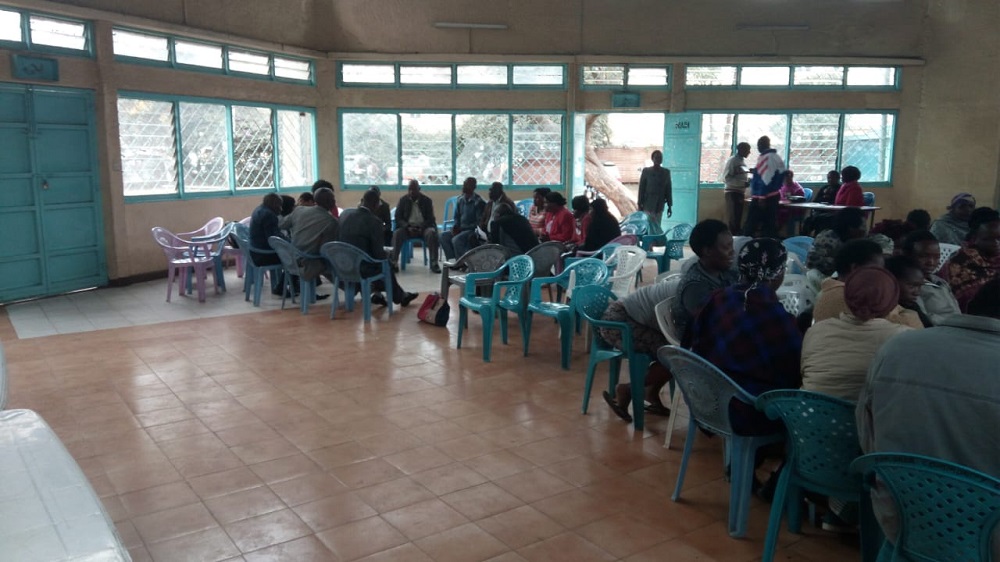 For the last one week, I’ve been engrossed in several preparatory meetings and public participation for 21st Century democracy in Nairobi  City County.

This public participation for 21st Century democracy started with an in-depth analysis of the County Integrated Development Plan (CIDP) 2018-2022. We extracted all the projects that were published in the document and presented them in an excel spreadsheet. These are the projects which are meant to be implemented in the  next five years.

With a team of ten (10) residents from various informal settlements, we were holed-up in the office boardroom interrogating the city’s annual planning document for fiscal year 2019/2020.

There were both the ordinary projects and of course there were heartbreaks. These are those projects which have been allocated funds over the years but no implementation takes place on the ground. This makes me and some of my friends sad.

It seems to me and other observers that the structure of conducting public participation is becoming very dynamic in a bad way. Things are changing every year. In Fiscal year 2017/2018 organizations like mine with special interest on issues around public finance were given a priority during the public participation forum at Charter Hall located in the Central Business District (CBD).

Many things have changed since then. The Charter Hall looked cosy and presentable then. I don’t know whether it was because I took a front seat or is it that I was idling near the back. It was stuffy and stinking and there was broken furniture on the sidelines of the meeting chamber. The cause was apparently unknown to me and my colleague Abok who accompanied me to the public forum. This does not reflect the image of a county which received multi-billions in revenues both from equitable share and from the taxpayers.

I’ve always trained myself to be keen and aware of things going on in my life. I believe that this will enrich my work as an budding writer. I noted with a lot of concern that public forums in Nairobi are exclusively attended by residents of informal settlements. It’s very rare to find people from middle class being part of these public deliberations unless they are coming in as civil servants serving the county government or as members of the Civil Society.

For instance, today as we were going through project proposals from all the 17 sub-counties and their constituent 85 wards, we discovered that the affluent wards such as Kilimani, Karen and Kileleshwa, were not represented.

Is it all lost for the high-end wards?

I can not say that the leafy suburbs of Nairobi such as Kilimani have lost the ground and the sky. No. These residential areas is home to who-is-who in Kenya. These are men and women who have the capacity to lobby even the president of the republic of Kenya. Therefore, I presume that lobbying the county leadership for development projects is a child-play for them.

I remember hearing the Director of Economic Planning mentioning to the eager crowds that the honorable residents of Kileleshwa and Kilimani did not attend the public forums. Therefore, they had promised to send their input online.

Rich area codes are not immune to development challenges

During the rainy season which lasted for a long period of time over 2018 had a destructive impact on areas estates and residential areas in Nairobi. I remember when I was attending a public forum at the beginning of the year, one Dr. X (not his real name) was lamenting that as residents of Kileleshwa, they are no longer enjoying any prestige as residents of Kileleshwa because their roads were riddled with potholes.

On my trips around Nairobi on the line of duty I’ve also encountered terrible roads in Lavington area of Nairobi. This is one of the posh estates in Kenya’s capital city. When there are potholes in those prestigious area codes, it means hell for residents of places such as Kibra, Mathare, Kawangware, Karibangi and Mukuru wa Reuben and Njenga. Parts of these area codes in the informal settlements, you must wear gum books for you to venture deep into the interior more especially during the rainy season.

At some point in time, in Kawangware 46, motorists were forced to abandoned the injuries road after Coast stage and dive into the estate to escape huge and muddy potholes which were threatening to destroy their motor cars. This was one of the biggest inconveniences that I have ever faced. Nightmare.

After a few weeks of protest during the heavy rains, the City County government embarked on renovating the roads to avoid taxpayers’ anger and backlash.

I do not know when we shall bring to an end the level of inequality that is being experienced in our cities in Kenya. I am encouraged and strengthened to believe that one day all shall be well.

Cidi Otieno (Nairobi-based civic activist) raised genuine concerns that its is unfair to choose a venue that is far away from residents. Actually he argued that any venue that requires residents to pay fare to and from is unfair and a violation of people’s rights. For instance, people of Kitsuru were forced to travel all the way to Parklands Nursery School.

Access to information was cited as one of the great challenges facing residents of Nairobi. This may also be so relatable to Kenyans from most counties in Kenya. Participants noted that every time they requested for information, they were referred to the Nairobi County website. This is an obstacle to public participation considering that there is high unemployment rates in the city.

What is wrong with public participation

This year public participation on the planning and budgeting process proved to be difficult considering that the City officials presiding over the public forums were prepared to allocate generations portions of time towards making introductions and then end up rushing the important discussions on setting priorities.

Today I would not understand why all ‘delegates’ were given generous amount of time to great the gathering but a Wanjiku who is trying to make a point is asked to speak quickly and effectively getting the speakers confused and derailed.

We will not blame the organizers of the public forums alone. We’ve have also to be aware of our short-comings as members of the public. For instance, when we make proposals to the county government to perform national government functions that is a display of ignorance of the highest order.

To drive that point home, allow me to give an example. This is of a city resident who demanded that Nairobi City should invest resources on renovating Mathare Ward Secondary School. This is a national function for God’s sake. We need to talk to the state department for education at the national government level.

One participant rose to make his recommendations and in state of enumerating important projects for his ward, he went a head and stated that his ward will be happy getting a 70-inch television screen at their local social hall. This absolutely reminds us that what may be a priority to you may not be a priority to another person. I think in the spirit of the founders of public participation, we should subject what we consider as priorities to a secret ballot for fairness and promote democracy in our choice of projects instead of selecting ‘delegates’ who do not have an important role to play at the Charter Hall.

I made a disturbing  observation that youths do not largely participate actively during these important public forums where priorities are set. This may be one of the reasons as to why the youth are allocated very little resources in the state budget. For instance, Nairobi City County in their wisdom allocated just Ksh. 3.7 million for Youth Empowerment and Promotion for a segment of county populace which comprises of over 60 percent of the total population.

This reminds me what those who advocate for the youth Agenda said today during the public forums: “we request that you construct Vocational Training Centers (VTCs) in our ward to keep our youth busy and prevent them from being fallen by bullets on a daily basis…”

It is clear that when you miss when the residents of a village are sharing the spoils of a hunting expedition, you get nothing. This is we the youth in the city are not getting a better share of the bargain.

Thank you for reading to the end. Feel free to leave a comment.