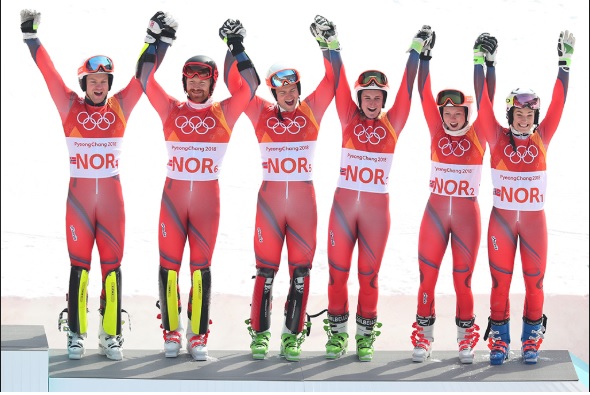 Norway is a country with a population of 5.2 million people. Currently, the country is leading all other countries in Winter Olympic competitions. Since 1924, Norway has won a total of 330 medals. An impressive number to behold.

During this Winter Olympics 2018 in South Korea, Norway has bagged 38 medals out of which 13 are gold medals. That is a clear lead since it is right ahead of Canada by 9 medals and Germany by 10 medals.

There are three main secrets to Norway’s impressive performance in Olympic games 2018. These are as illustrated below:

a) Norway has a superior sports infrastructure.

b) The Country has nearly unlimited access to snow fields with a total of nearly 30,000 kilometers of trails which are clearly marked.

Those are the secrets to great success in sports. Kenya is famous world over for athletics especially in long distance as well as in field events. The part where Kenyans fail is in expenditure in public budget for sports if latest events in Brazil is to go by. Members of Parliament and sports officials were booked in luxurious hotels and even paying for accommodation on a yacht will the athletes spent their time in the nearest slums. This must change if Kenya wants to achieve impressive results at the Olympics.