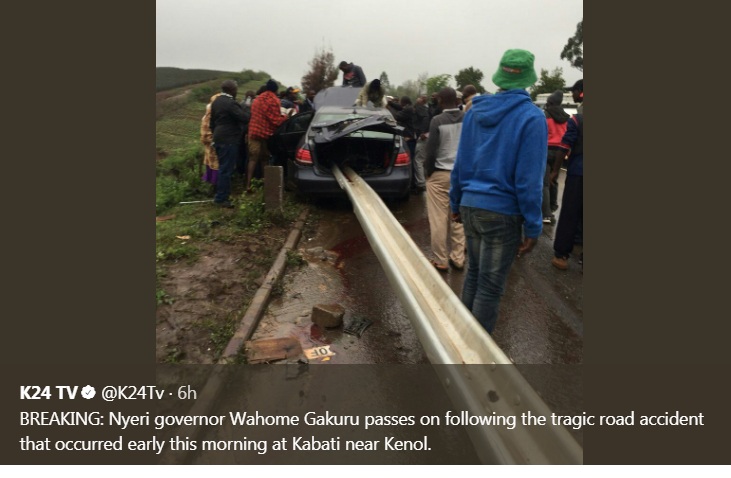 Dr. Wahome Gakuru is the second governor to die in office after Governor Nderitu Gachagua who died will undergoing treatment in London.

Hon. Wahome Gakuru was rushed to Thika Level 5 hospital but died on arrival as medics were organizing to airlift him to Nairobi for specialized treatment.

Murang’a County Commissioner, John Elung’ata confirmed that Kabati (place where the accident occurred) is a black-spot.

In 2004, the late governor holds a PhD degree on Public Administration from Arizona University in the USA. He also holds 2 MBAs from University of Nairobi and Williamete in America.

More from CountiesMore posts in Counties »