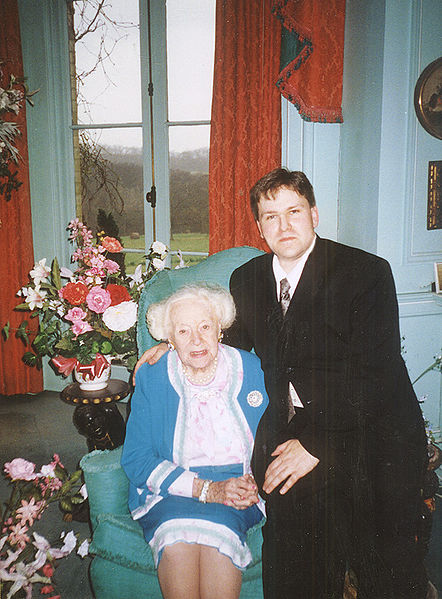 Barbara Cartland: One of the Most Prolific Romance Writer

Barbara Cartland: One of the Most Prolific Writers

She was a prolific English novel writer who started her career in 1925 till her demise. She focused her attention on romance genre.

Diana the Princess of Wales was her step-granddaughter.

Barbara was one of the most commercially successfully novel writers in the world. She penned a total of 723 novels were translated into 38 languages in order to have a worldwide coverage. She holds a Guinness World Records for most novels published in a single year in 1976 (others say 1983) when she published 23 novels.

A part from romance novels, she also wrote drama, opera, verse, plays and magazine articles. She is reported to have sold over 750 million copies of her books worldwide. Other sources estimate that she sold up to 2 billion copies.

As a leader of Cartland Promotions, she was a prominent media personality. Cartland was educated in private girls’ schools. After school she became a successful society reporter starting from 1922. She started writing romantic work at this time.

She got married to Captain Alexander George MacCorquodale in 1927. Her husband was a British Army officer. They divorced later in 1933.

Cartland wrote a gossip column for the Daily Express for one year before she published her first novel: Jigsaw in 1923. This thriller became a best seller.

She wrote a number of plays such as Blood Money (1926). Note that Lord Chamberlain’s Office banned this play.

She had a great fashion sense and her favorite color was pink as seen in most of her dresses.

In 1950 Georgette Heyer accused Barbara of plagiarism. A reader of her books had realized that she had borrowed character names from Hayer’s books. In addition to that she borrowed character traits and dialogue. In her book A Hazard of Hearts (1949) she borrowed heavily from Friday’s Child (1944) published by Heyer. The case was never brought before court.

Barbara’s later novels were highly successful. She was actually ranked as the best-selling author in the world. It is amazing that in 1983 she wrote 23 novels which earned her an entry into the Guinness World records as the most novels written by one person in a year.

By mid 1990’s she had sold over one billion books. She became a regular fixture in the media discussing issues of love, politics, marriage, fashion, health and religion.

She spoke against divorce and infidelity. His brother Ronald Cartland died during the World War II. He was a member of parliament. She published his biography in which Winston Churchill the then Prime Minister wrote the preface.

The war created a civic interest in her. She started writing on politics and welfare. She worked with the War Office and St John Ambulance Brigade in a number of charitable positions.

Starting from 1955, she was elected as a councilor for Herefordshire County Council where she served for nine years. She contributed a lot through campaigning for reforms for nursing homes, increased salaries for midwives and legalizing education for Gypsies’ children. She was a founding member of the National Association of Health.

Cartland released An Album of Love in 1978. This was produced by Norman Newell through State Records.

By 1988 she had published 25 million books in France. As a result she received a medal of honor of the city of Paris.

In 1991 Cartland was honored as a Dame Commander of the Order of British Empire by Queen Elizabeth. She was honored for her 70 years of literary, social and political contributions to the world.

During her 90’s she started losing sight but she still remained a favorite for the press. From time to time, she would grant internal press interviews.

Barbara Cartland died in her sleep on 21st May, 2000. At that time she was suffering from dementia for the previous 6 months. This was 7 weeks before turning 99 years. She was buried in Hatfield Hertfordshire under an oak tree planted by Queen Elizabeth.

After Cartland’s death, her 160 unpublished novels were sent to the press. This is what was known as Barbara Cartland Pink Collection. His son is publishing them in form of an eBook. Therefore, every month a new eBook is released. These collection of eBooks are available in German, Spanish and Italian.