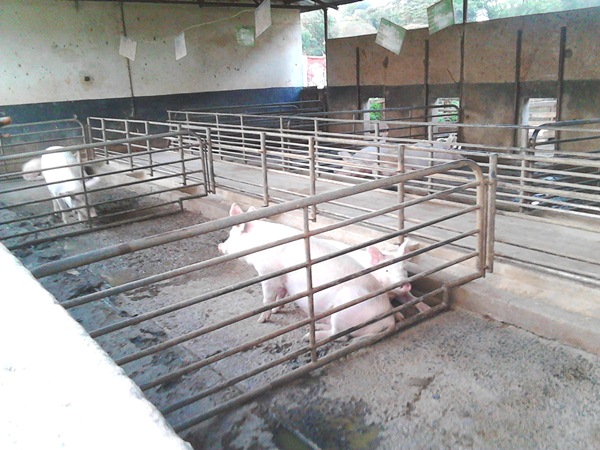 Nairobi City County (NCC) is unique in many ways. It is the only county considered to be entirely urban. Therefore, the kind of agriculture practiced here can be classified under peri-urban agriculture.

NCC’s biggest share of the agriculture budget is allocated towards administration, planning and support services. This will receive a whopping 63.4% of the total sector budget for FY 2016/2017. The least budget will go to afforestation (2.7% share).

Nairobi City County has a huge population. Many analysts have reported that the population is even higher during the day. Whatever the time of the day, NCC is still the most populous county in Kenya. This is good and bad depending where you look at it from. Good because the masses provide labor to businesses, government agencies and assist the county get a bigger share when the Commission on Revenue Allocation does its recommendations during revenue sharing. On the receiving end, the large population puts a lot of pressure on agricultural production. There are many people demanding for food as compared to those who engage in actual agricultural production.

The second danger of having a huge population is that they put a lot of pressure on the available agricultural land. There are competing uses for land. The suitor with the largest return on investment carries the day. This is why agricultural land is being converted into real estates at a crazy pace. Consequently,  for many years Nairobi residents have always depended on food from the neighboring counties. So rural is not backward after all! Examples of food and where they come from: fish from Lake Victoria, maize from Kitale, bananas from Meru and Kisii and Irish potatoes from Molo among others.

My in-depth comparative budget analysis indicates that the budget for various programmes in FY 2016/2017 is higher than that for the previous financial year (FY 2015/2016). The budget towards livestock resources is only second to General Administration. This is an indicator that Nairobi City County is making some efforts to increase food production though they are not sufficient.

The only worry I have is that the budget for Agricultural Sector is not broken down to the sub-programme level to help us understand what it is all about. The City County Treasury normally narrates what they are planning to do and they are supposed to clearly explain how they arrived at the priorities indicated in their budget. In most cases they supply us with block figures and nothing more. For instance, the claim that there is ‘inadequate staffing’ for the agriculture sector is not well supported by the subsequent budget figures. We see a 48 per cent increase in budgetary allocation but there is not text to link it towards recruitment of more staff. There is only one sub-programme. What is the need of subdiving if you end up with a whole? Budgets are not open as they should be!

After being frustrated by the sub-programme analysis, I looked at the “Economic Classifications” this will probably tell us how the county will spend her money in the agriculture sector. In FY 2016/2017 a lion’s share (71.9%) will be consumed up by the recurrent spending. The rest will be for capital spending. It is further shown that compensation for employees will grow by 35%.  Will this be eaten by allowances or hiring new staff? It seems no one is telling us.

Ideally, when do we say ‘other development?’

Is it not after exhaustively listing several items? Then call the few remaining items others? I think so. For the county government that does not make sense everything under development is classified as “other development.” It is actually the only item.

Logic tells us that if a budget is decreasing, then the related targets should follow suit. The opposite is happening in the sector.  This is strange. Is it laziness that we should blame? This is not fair. Do they think that budget targets are not important to us? If yes, how will we hold the government accountable on how they use our money?

Published in Agriculture in Kenya, Budget and Business